Welcome to the brief history of Union Micro and Stylez Gomez!

It all started on 6/4/2004 – the day I was born. From day one I was very interested in content creation and immediately bought some first land in Tilitr and set up a house that I could create in.

Little did I know that at the time I was surrounded with builds by Second Life “celebrities” such as Juro Kothari, Ingrid Ingersoll, Hiro Pendragon and Fairchang Island – all condensed in around me! Also, just over the hill in the next region was the popular “Free Bazaar” in Stillman, and the Spook House by Sinatra Cartier.

My first few creations consisted of simple things like a rotating ceiling fan with a switch, some simple lights and switches, and a radio controller for the new streaming audio. The oldest product that I made that you can still purchase today for L$1 is my drag racing lights. They clearly aren’t the best in Second Life anymore, but you’re buying history with them!

My first business name was “Gomez Tek” and I sold my things out of a gazebo in front of my house. I slowly added a couple of products, mainly the Stingray boat and eventually moved to Honeoye. 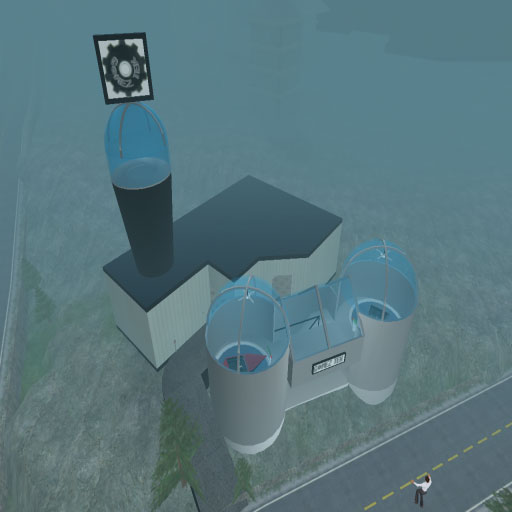 The building close to the road is where I sold my stuff – you can see the holo-vendors under the domes. The building in the back was my workshop with a little living area underground. I’m not even sure if many creations came out of that building, I don’t think I was there long enough to really create much. The land was eventually sold to Cristiano Midnight of ANOmations.

Not too distant in the future, I teamed up with a friend who wanted to make a nice casino – not one of the slot machines in a big box type casinos. We decided that we would carry our love of motor sports into Second Life and create a (copyright infringing) NASCAR Casino in Skegemog. 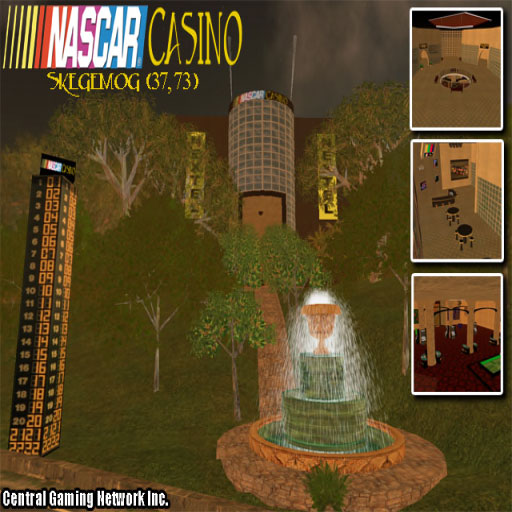 The build actually came out quite nice for still being relatively new to Second Life, but regardless of that fact I don’t think the casino lasted all that long. It is during this time that Union Micro was born. I had a little vendor setup on the upper level of the casino where I sold my wares. The sales trickled in, but I enjoyed making things and just having a business presence in Second Life. We eventually packed it up and moved on due to not making any money to support the casino and not enough time to devote to the project. The land was purchased by Afantasy Emporium I believe, and is presently an amalgamation of different things.

The first real store for Union Micro was in Gemmed. 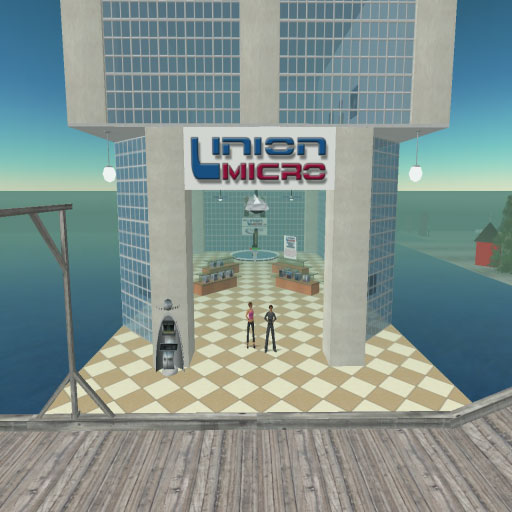 Gemmed is where Union Micro started to gain momentum. It was only a small piece of land… well…. water really – about 1024m so there was not much room for a big shop or to display product demos. You can only do so much with 234 prims! Traffic was decent as it was close to the Moth Temple telehub. Back then, all teleports were directed through telehubs, so the closer you were to a telehub, the more traffic you would get.

The next project for me was to build a mall with the same friend from the NASCAR Casino who was now doing real-estate. I also had Union Micro vendors on every piece of land he owned. It was a huge deal for me as it gave me a lot of exposure. He purchased a lot of land in the Furvata region and we started to build the “CGN Inc. Shops at Furvata.” This is what I designed the Centennial prefabs I currently sell for. The mall was very successful and attracted some fairly big players in Second Life. 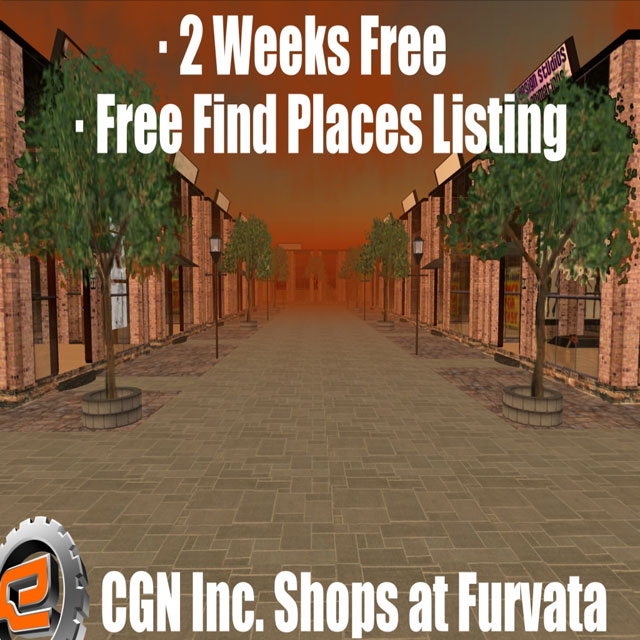 Unfortunately, the mall went the way of the casino and was transfered to another real-estate agent who worked with my friend. I’m not sure how long the mall lasted after that, but it was eventually torn down. Either way, it was a fun project and it was successful while it was under our management.

The next step for Union Micro was to grow and purchase more land. So, we moved north to the new (at the time) continent into the Pigra region. This is also where I re-branded a little bit and changed my logo to be much more professional looking. My wife also started a line of furniture branded under the “Union Micro Home” name. 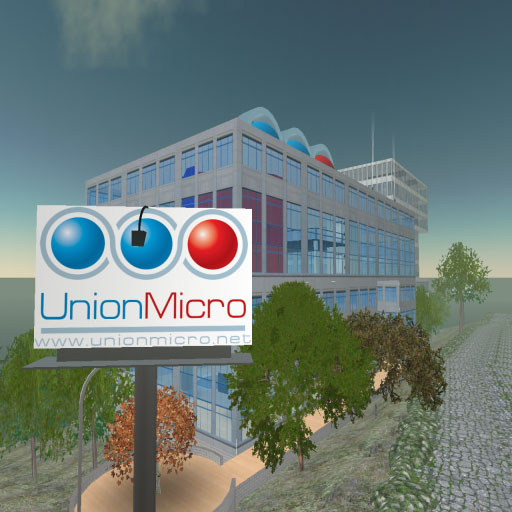 Pigra is where I created our most successful product – the elevator. I was still fairly “green” at scripting, so after the elevators were released it took me quite a long time to iron out all the bugs that were crawling through them. Union Micro eventually sprawled out to 7800m of land in Pigra and underwent a redesign of the buildings. 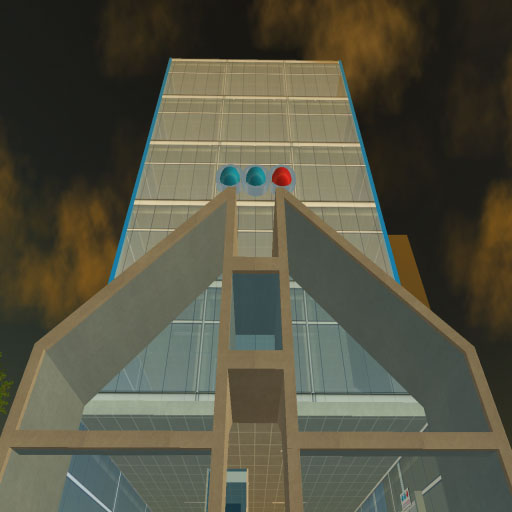 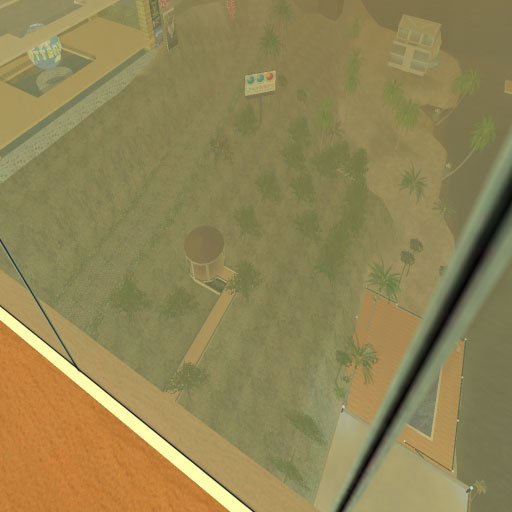 In September, 2007, Union Micro made the leap to 12720m of land on a private island. The land in Pigra was sold off and we moved to the Ruwart region. The design consisted of two tall buildings to really showcase the elevators and there were enough prims to demo all of my products that require demos. 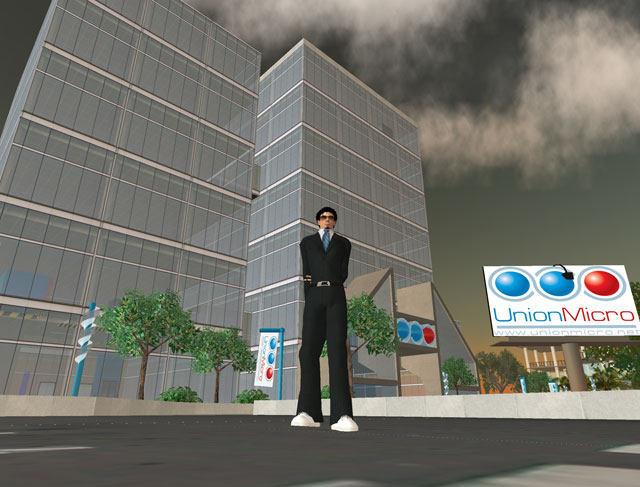 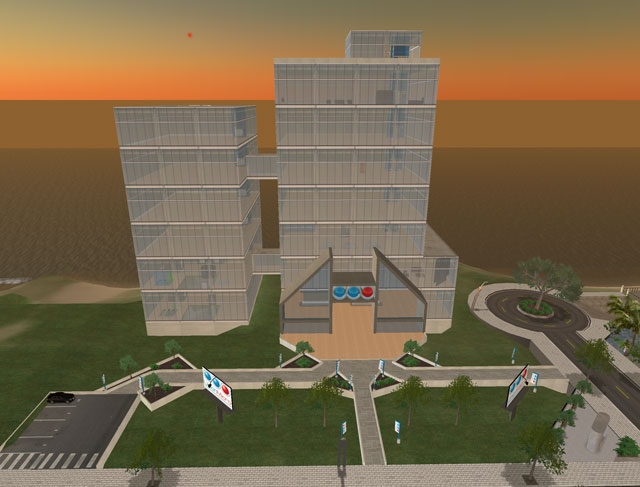 Toward the end of 2008 Union Micro moved to the Lionheart region owned by our former Ruwart neighbour Dirk Klees. We left behind a small 1024 sq. meter plot in Ruwart as a traffic redirector. We currently reside on a 8832 sq. meter double-prim plot with a fantastic building designed and built under contract by Timothy Harlow of Level10. 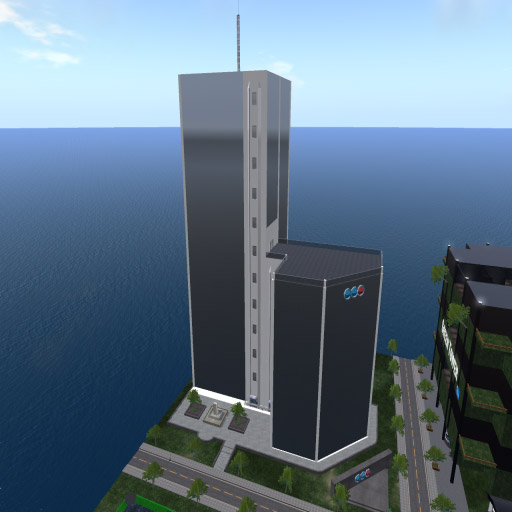 Our product line is rapidly expanding as we branch out from our main product which is elevators – didn’t your mama ever tell you not to put all your eggs in one basket? With the fierce competition in the elevator segment we can no longer survive on what was once our dominant market share. Although elevators make up the bulk of our revenue we are rapidly expanding into other areas.